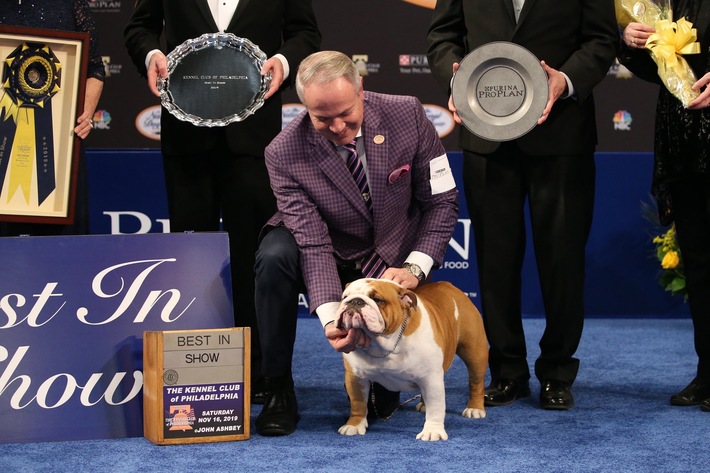 And the top dog is Thor the Bulldog!

The annual National Dog Show touted some amazing breeds, but a bulldog topped them all this year.

Thor beat out over 2000 dogs from over 193 breeds to claim his Best in Show award.

I love this dog," handler Eduardo Paris said in an interview after the show, which aired on Thursday but actually took place earlier this month. "He's a very complete dog... he moves like a dream."

Thor's six other competitors were a Havanese, a Siberian Husky, a Golden Retriever, a Pharaoh Hound, an Old English Sheepdog, and a Soft Coated Wheaten Terrier. 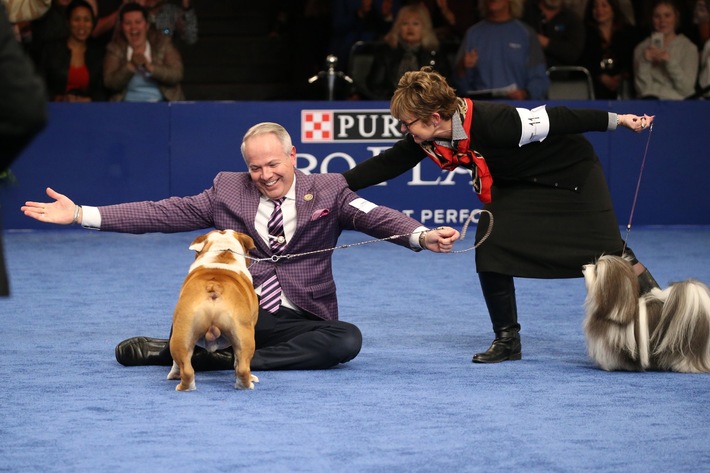