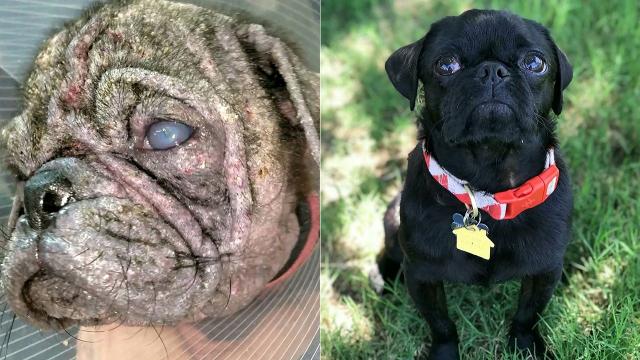 A tiny hairless pug found wandering the streets is unrecognisable five months after being rescued - and now has a loving home. One-year-old Dex was suffering from an extreme case of mange when he was picked up by an animal charity in January. The neglected puppy was dangerously underweight and had scratched at his eyes so much he had developed corneal ulcers. Vets believe Dex was neglected by his owners for up to six months before he was heartlessly abandoned. Caring staff at Pug Rescue in Austin, Texas, USA, worked hard to nurse Dex back to health, placing medicated drops into his eyes every two hours to save his sight. To treat his mange, Dex was placed on tablets and took medicated baths every ...Read more