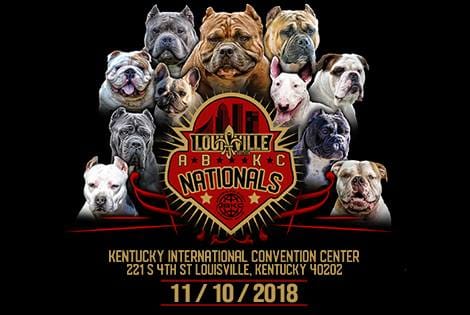 As the last two years of Nationals varieties in these classes will also be separated and compete with their variety, however in the Best of Champions and Best of Grand Champion only one winner will be awarded and move into Best of Breed. Meaning the top winner of each variety will compete for Best of Champions/Grand Champions.

This year this will only be for the Nationals event, we will be adding the Best of Opposite category to future competition, once it becomes official both sexes will compete in the same class but there will be a winner from each sex chosen. We will also in the future implement the separation of varieties in these classes.

So for this year’s ABKC Nationals let’s see the girls come out and represent! #abkcfemalechallange is on!