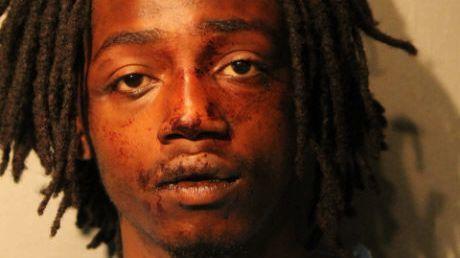 An armed robbery in the Back of the Yards neighborhood was stopped when friends of the victim released a pit bull on the attacker, authorities said. Dressed in blue hospital scrubs and clutching his bandaged right forearm behind his back, Marshon Hannah, 18, said nothing as Judge David R. Navarro denied bail on an armed robbery charge Sunday. Hannah — a high school senior, according to his court-appointed attorney — entered a private, gated property in the 4900 block of South Marshfield Avenue late Friday and attempted to rob the 47-year-old resident with a small black handgun. Hannah is accused of demanding the victim’s property and taking a set of keys from the man’s pocket, Assistant State’s Attorney Ben Williams said during a bail hearing Sunday at the Leighton Criminal Court Building. .Read more