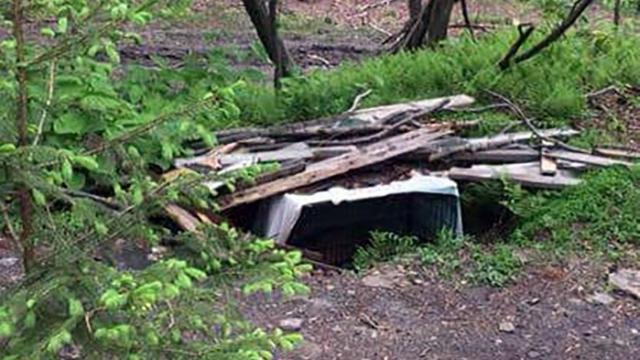 A dog reportedly died after being buried in a locked cage in the woods in Pennsylvania and a local animal shelter is “seeking justice” for the “torturing act.” Animal cruelty officers located the pit bull after someone called in to the Ruth Steinert Memorial SPCA, WNEP reported. "Whoever did this went to great effort and was sick," SPCA manager Lori Sult told the outlet. "They basically built a torture chamber for this dog." Bridget Barder, an animal cruelty officer, reportedly described the scene as “horrid” and “barbaric.” The animal shelter took to Facebook Tuesday to post about the “heartless” act. “We are still in shock over this heartless, barbaric, sick, torturing act,” the shelter wrote. .Read more