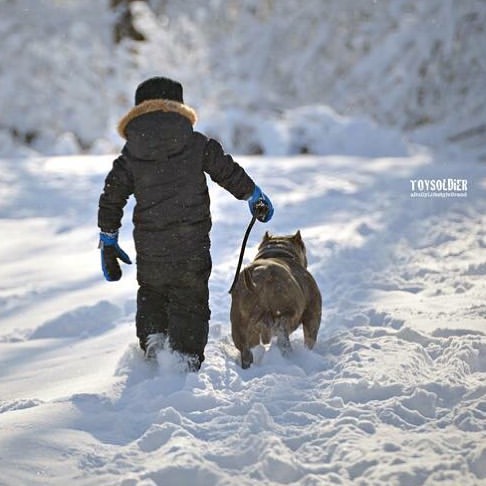 Animal shelters are warning dog owners in Pennsylvania about a new law intended to protect dogs from the cold that includes penalties up to jail time.

Owners can face charges for leaving dogs outside in freezing temperatures without adequate shelter for more than 30 minutes under Libre’s Law, passed last spring by Pennsylvania state lawmakers, reported PennLive.

The legislation strengthened Pennsylvania’s animal cruelty laws, including mandating that owners forfeit their pets to a shelter if they are convicted of abuse. Penalties for a summary offense include fines ranging from $50 to $750 and up to 90 days in jail, while owners charged with a third-degree felony can face fines up to $15,000 and up to seven years in prison.

With winter weather on the way, Pennsylvania animal shelters are spreading the word about the cold-weather provisions of the new law.

“Your doghouse that you have should keep them dry. If it rains and that freezes, that’s awful. Please make sure that they can get out of the elements and they can get into the dog house and not actually be rained on. Have it raised off the ground if you can,” Jennifer Vanderau, communications director for the Cumberland Valley Animal Shelter, told NBC4.

“This is a monumental change for those dogs that were just left out tied to a tree basically a lawn ornament at that point,” Kristen Tullo, Pennsylvania director of the Humane Society of the United States, told the station.

A cellphone video of a dog shivering in the cold prompted passage of a similar law in February in Washington, D.C., but those restrictions expired after 90 days.Source